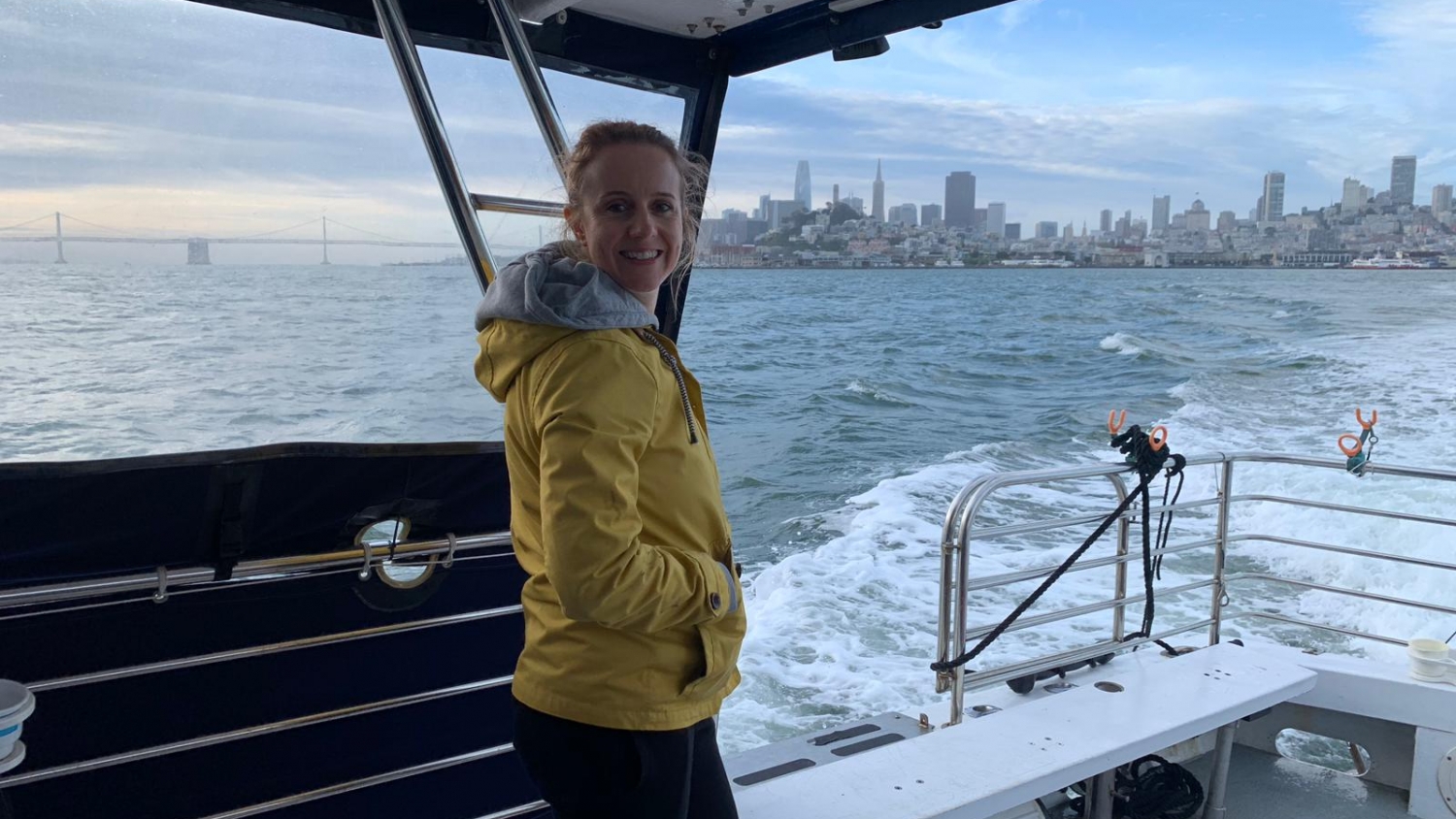 So when our MD, Helen Tonge decided to head off to San Francisco into potentially shark infested waters to raise money for a local charity, we all thought she was mad but what we all knew was that if anyone could give the challenge her best shot it was Helen.

Such a strong, experienced and determined swimmer, this challenge was right up her street and she was raising money for a Wood Street Mission, a Manchester charity close to her heart. As instructed, she kept a video diary which will be edited together very soon so watch this space!

Back from her challenge now she’s dried out, hung up her goggles and had time to reflect on the trip.

What started as a bid to swim one escape route from Alcatraz, quickly turned into three once I started to read more about the possible destinations the escapees of the notorious prison might have got to.

So it was set. I would swim from ‘The Rock’ to St Francis, then to Horseshoe Bay and finally, Angel Island. San Francisco Bay is popular with swimmers now, and groups attempt swims all the time, but these prisoner routes, across three days, that was more unusual. Swim one was exciting. The sun was shining. I could see the Golden Gate Bridge shining in the distance and despite the chill in the air, the water looked inviting.

At the last minute I took the decision to swim just in a costume. No wetsuit. All my training had been in a wetsuit but if I was going to set any record with this, it had to be without.

Not so bad I thought, but it is still April and not very warm!

The currents pushed me out towards the golden gate and I fought against them to get to the shore of St Francis in 40 minutes. I’d swam an extra half a mile with the conditions but was pretty happy with my time. The second swim to horseshoe bay was more precarious. A meeting with my coaches confirmed that the coast guard was concerned with the conditions for the next morning. ‘White peaks’ on the water meant it was choppy and the ebb was pushing against the flow.

Next morning we had to sail out to Alcatraz to assess. The waves were higher and the wind was up. But they decided to let me go.

What a challenge! In many parts I was simply fighting against the currents and swimming into a wall of water.

The helicopter coast guard flew over at some point to check I was ok!

What should have taken 1-1.5 hours, took 2 hours 20! And the cold really started to get me. By the time I touched my destination then got on the boat, I was shaking uncontrollably.

Apparently nobody had managed that swim in those conditions before. A small victory as I battled to stay warm. And somehow, despite all the aches, pains and dodgy elbow that had kicked in, I had to find the strength to get back in for the last swim the morning after!

Angel island – third and final destination. The route that most people believe three prisoners took and got to. Debris and clothes were apparently found on the beach.

The conditions were better. The sun was out. A cargo ship kindly changed direction for me and a hump back whale was also a visitor in the bay, further up near Richmond! At least no sharks!!!

This swim felt good. I was swimming in the flood so I actually felt I was moving. Currents challenged me as I got closer to Angel but I eventually did the 2.5 mile swim in one hour 4 minutes. What an adventure! And most importantly, a significant amount of money donated for Wood Street Mission for children to be kitted out for school.

And the icing on the cake? The World Open Water Swimming Association have just confirmed that they are going to recognise the three swims as a world record to be challenged!! Thrilled to bits.

Not sure about Guinness records yet. I have to submit the documents to them. But regardless, I am honoured they have been recognised officially.