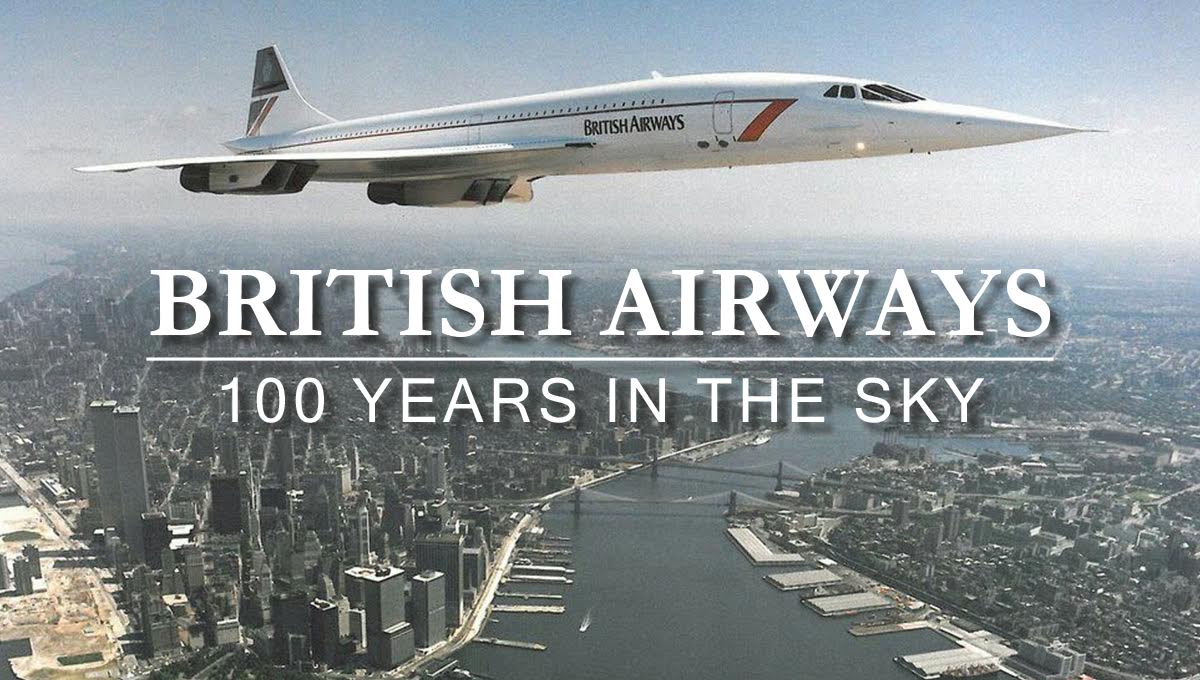 This two-part series commemorates the centenary of birth of British airways in 1919 when, on the 25th august, a single-engined De Havilland DH4A aircraft owned by the air transport and travel company lifted off from hounslow heath, near London and made the first international scheduled flight. the passenger aviation industry was born.

Mixing insightful interviews and remarkable archive, the series charts the development of these early airlines as they gradually develop into one government owned company, navigate the turbulent skies of ww2 before evolving into the British Airways that we know today.

Beginning with the early years of passenger air travel, the episode begins with a heart-warming look at the first companies and passengers that braved open cockpits, wicker chairs and no onboard toilets as Britain emerged from WW1 and found itself at the forefront of an exciting new industry. The episode heads skywards as it charts the rapid pace of technological change, visiting the world’s first passenger terminal at Croydon Airport before several separate small airlines were brought under government control in 1938 and merged into the British Overseas Air Corporation.

We uncover the secret flights made by the newly formed boac mosquitos to smuggle ball bearings from neutral Sweden before the advent of the jet age in the 1950’s, a cause for celebration and sadness as several jet planes were tragically lost as the new technology was found to be critically flawed.

In an exclusive interview, pilot Ian Frow reveals what life was like flying at the cutting edge.

Episode 1 concludes with one of the darkest chapters in civil aviation as the innocent and glamorous world of flight was shattered by international terrorism. We hear from passengers and staff (some of whom have never spoken before) as well as journalist Martin Bell as they tell the story of the 1970 hijacking at Dawson’s field in Jordan, coupled with incredible archive, we re-live this shocking but little-known episode in British aviation history.

Following the merging of Boac and British European Airways in 1974, British Airways was formed. This episode charts the early years including the advent of Concorde and luxury flight in the truest sense of the word. We hear from flight and cabin crew who served on these flights and get a sense of what it was like to fly in this glamorous world. We feature unseen footage from the BA archives including staff training films as well as historical archive that depicts a world far removed from the no frills travel we experience today. We discover how British Airways rode out the hard times of the 1970’s and 80’s as passenger numbers declined by offering unique services (including a fight you could purchase a ticket for on board) as well as introducing ground breaking advertising campaigns.

The ad men behind the campaigns give us the inside story of how these campaigns came about and how they convinced BA to bank roll the world’s most expensive advert. We also uncover how BA coped with challengers to its crown as the nation’s flag carrier as well as more recent threats from the low-cost airlines. The episode also covers how British Airways inadvertently found itself in the midst of the first gulf war as a BA 747 landed at Kuwait airport the very moment the airport was surrounded by invading Iraqi tanks. We hear from passengers on board and staff back in the UK who reveal the terrifying true story of how hostages became human shields.

The episode concludes with the turbulent recent years of the airline. How the double tragedy of the Air France crash and 9/11 spelled the end of Concorde and how the carriers new home of terminal 5 had to deal with an abortive take off of sorts, as the state of the art baggage system collapsed only hours after opening in 2008.