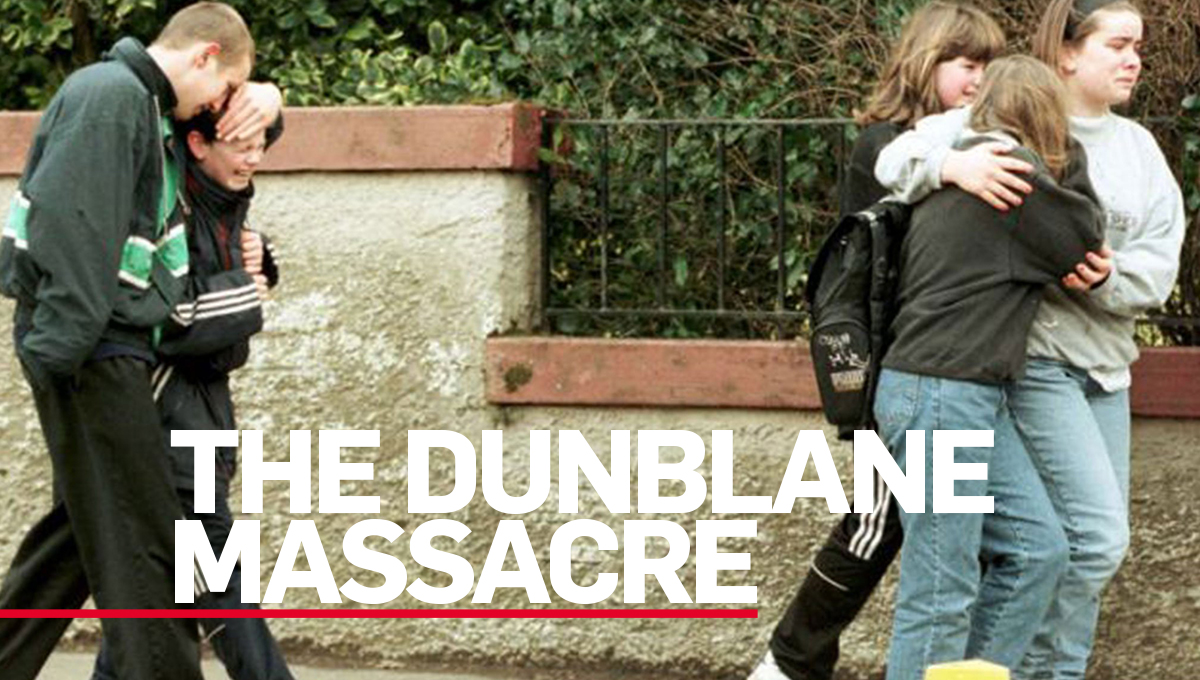 On the morning of March the 13th 1996, the city of Dunblane in Scotland was changed forever when Thomas Hamilton stormed into a local primary school and opened fire.  In an unprovoked attack a class of five and six year olds were targeted with horrific consequences.

Sixteen children and their teacher were brutally shot and murdered at Dunblane primary school, before the perpetrator, Thomas Hamilton, turned the gun on himself.

A senseless crime so devastating it sent shockwaves across the world as people reeled with the loss and called for urgent changes in gun laws.

The story is told through the eyes of parents Martyn Dunn & Mick North who both sadly lost their 5-year-old daughters, Charlotte and Sophie, at the hands of the killer on that fateful day.

Martyn Dunn & Mick North both give an insight into the pain and devastation caused by Thomas Hamilton and the lasting effects this unimaginable crime left on the small town of Dunblane.