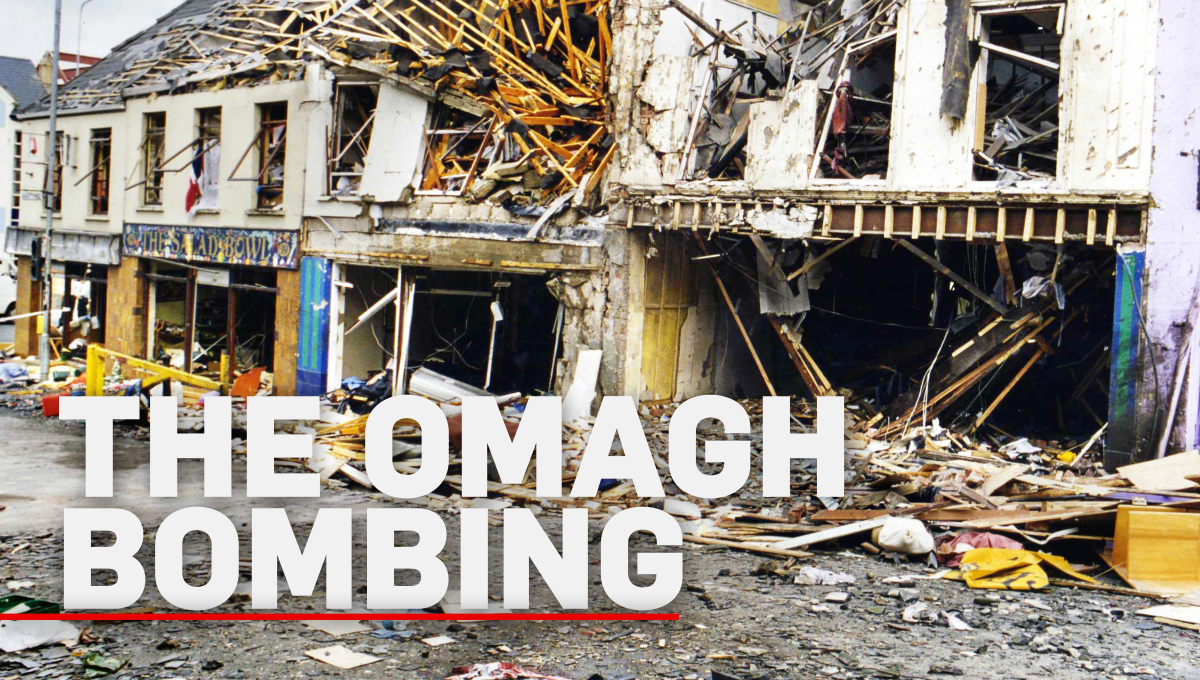 On 15th August 1998, in the small village of Omagh in County Tyrone, Northern Ireland, a car bomb was detonated in the main shopping street, which is Market Street. Twenty nine people and two unborn babies died as a result.  The victims included children, both Catholics and Protestants, tourists both from the Republic of Ireland and Spain and a pregnant woman.

Three days after the attacks, the Real IRA (RIRA) claimed responsibility for the attacks.  Although one man was charged and convicted with the crime (Colm Murphy, sentenced to 14 years in prison in 2002), he was released in 2005 due to evidence that the Gardai had tampered with his interview. To this day, nobody has been convicted and remains in prison for the crime. There have been allegations of cover-up by the police force both sides of the border, and of a lacklustre performance in the investigation by the then Royal Ulster Constabulary (Now the Police Service of Northern Ireland, or PSNI), and although never formally tried in court, a civil case taken by members of the victim’s families stating that Michael McKevitt, Liam Campbell, Colm Murphy and Seamus Daly were guilty of the bombings, and were held liable for £1.6 million of damages.