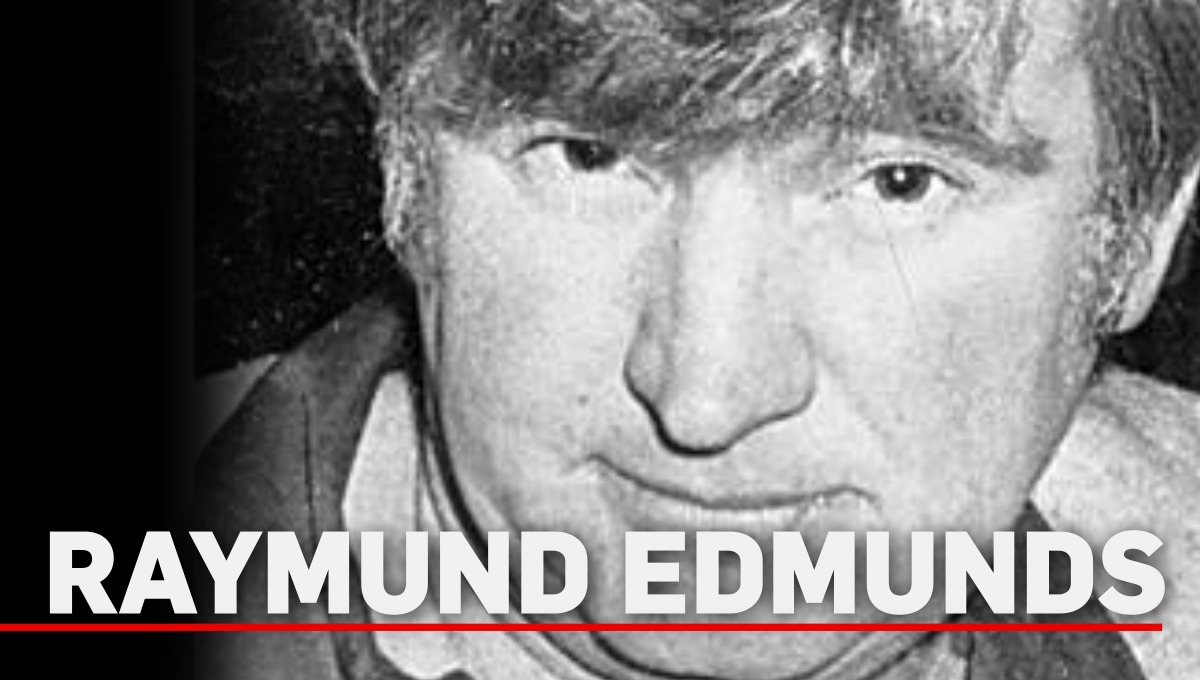 The Town of Albury on March 16, 1985 – A shop worker in a store saw a man exposing himself in a car outside. Her boss called the cops.

The Police arrived and arrested the man, as was routine even flashers were fingerprinted. Five days later, the flasher’s prints arrived at the central fingerprint bureau in Sydney.

The detective noticed a scar on the little finger and it rang alarm bells.

So began the unravelling on one of Australia’s most shocking crimes.  A trail that led to double murderer and multiple rapist Raymund Edmunds  – a trail that spanned 2 states and almost 20 years.

In 1966, two teenagers Garry Heywood and Abona Madill went missing in Shepparton.  Initially the townsfolk thought it was a case of two young lovers running away – until Heywood’s prized car was found abandoned the next morning. Their two bodies were discovered in a field days later – they had been shot, beaten and Madill, raped.  Their killer would remain hidden until the chance discovery of his fingerprints 20 years later.

A violent man who had raped and beaten his first wife and sexually abused his daughter, Edmunds was also responsible for a series of rapes in the 1970’s and early 80’s that led the police to dub the then unknown offender “The Donvale Rapist”.

Victoria Police are now campaigning for a change in the law to compel Edmunds to provide a blood sample with which they can test samples recovered from several rape cases they believe he may be responsible for.